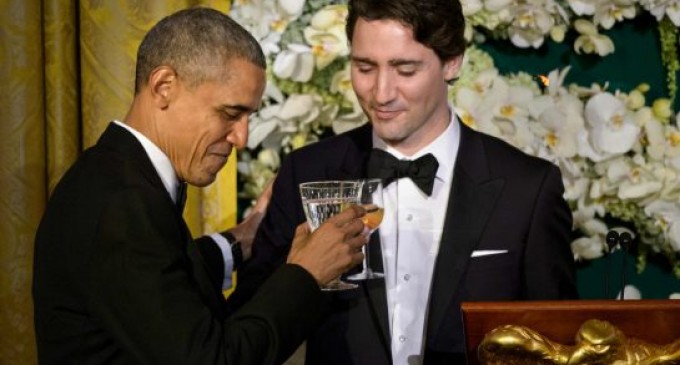 Canadian Prime Ministers Justin Trudeau has become a darling of the American left for his high-level political pandering. From forced diversity for diversity's sake in his cabinet, to his free-speech ban for those with anti-transgender views, Trudeau has made a priority of prioritizing his talking points over the well-being of Canada.

He made yet another decision earlier this year that will make the left squeal with delight. He's taking Canada out of the air fight with ISIS.

Yes, despite the fact that the Islamic State is now regularly hitting western targets and spreading its influence beyond their borders, Trudeau has decided that they will not be a priority of his leftist administration. Instead, he'll likely wage a war on those who speak ill of the Islamic State — because his kind still can't decipher the difference between attacking radical Islam and the religion as a whole.

What if Canada is attacked directly? See what he said on the next page: