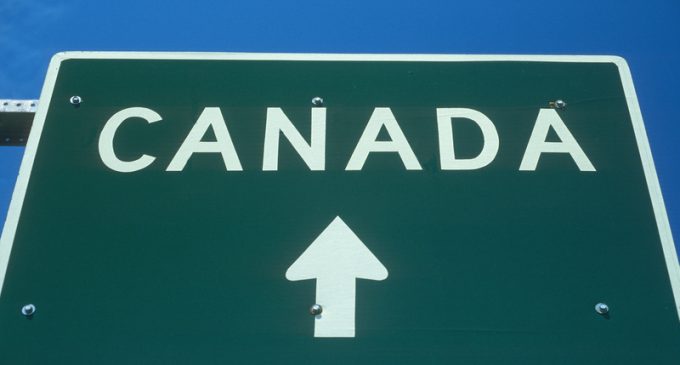 Now that the left's worst fear has come to life, and Donald Trump is the new president-elect, it's time for them to keep their part of the bargain. If you'll recall the number of celebrities who were so confident that Hillary would become president, that they actually pledged to move to Canada should she lose. Well, guess what, she lost, and now Twitter users are having a field day.

Among the celebrities who pledged to leave should Donald Trump win are Cher, Bryan Cranston, Amy Schumer, Chelsea Handler, Barbra Streisand, Lena Dunham, Ne-Yo, Jon Stewart, George Lopez, Samuel L. Jackson, Whoopi Goldberg and Rosie O'Donnell, all of whom are celebrities who overestimate exactly how much people care about them. Seriously, how many of those names are still relevant? Both Cher and Barbra Streisand are long past their prime, Amy Schumer is obnoxious and annoying, and Samuel L. Jackson will continue to act in bad movies regardless of where he lives. The only question now is how Canada is going to respond.

Well, it would seem that celebrities aren't the only ones who want to leave the United States, and there's really something to this exodus. In fact, the proof is in the fact that Canada's immigration website has crashed.

Find out what Canadians are saying on the next page.