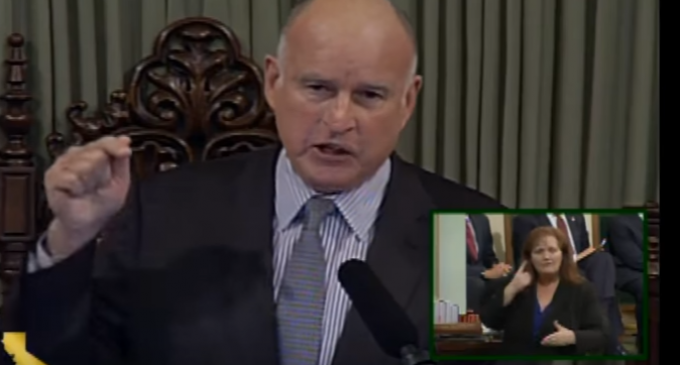 The issue of “sanctuary cities” is not going away anytime soon. In fact, it looks about to intensify. You know what a sanctuary city is — a place to which illegal immigrants can flee where local officials and law enforcement personnel will work to subvert federal immigration laws by not turning such persons over to federal authorities. In other words, it's a city that thumbs its nose at federal law enforcement.

President Trump has recently cracked down on such officially supported lawlessness. The reaction from the left has been predictable — rage. Not only that, the governments of some cities have persisted in or even intensified their efforts to assist these immigrants in breaking the law. It's an absurd situation that shows little sign of abating.

Leave it to California to take an idea to the extreme. Not satisfied with just hosting sanctuary cities, state legislators want to take matters to the next level. More on page two.