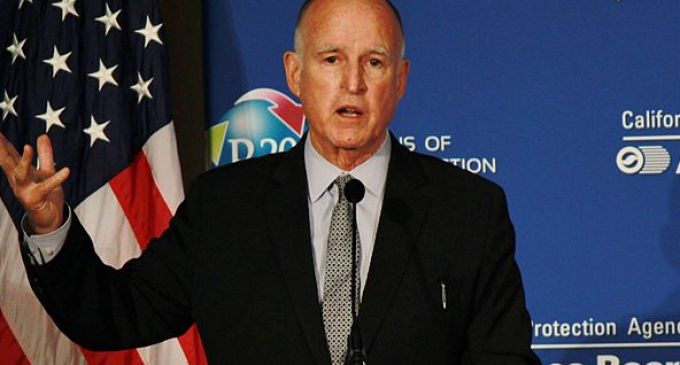 Lame duck California Governor Jerry Brown wants to end his term later this year in a blaze of glory as a global champion for fighting climate change. The man mockingly known as “Governor Moonbeam” has turned into “Governor Sunbeam” through his promotion of solar energy as a means to fight global warming.

Following President Donald Trump’s announcement that the United States would pull out of the Paris Climate Change Accord, Brown immediately positioned himself in opposition as a statesman who would make California the true champion in fighting climate change.

He will travel to Vladivostok, Russia, this coming Sunday to attend an annual economic forum featuring Russian President Vladimir Putin. The forum’s focus is primarily on trade issues, and Brown is expected to promote investment in California with government leaders in attendance.

But while there, he hopes to shift some of the attention and discussion to issues related to climate change. On the next page, learn how Brown hopes to collude with Putin and other world leaders in circumventing the Trump position on climate change.