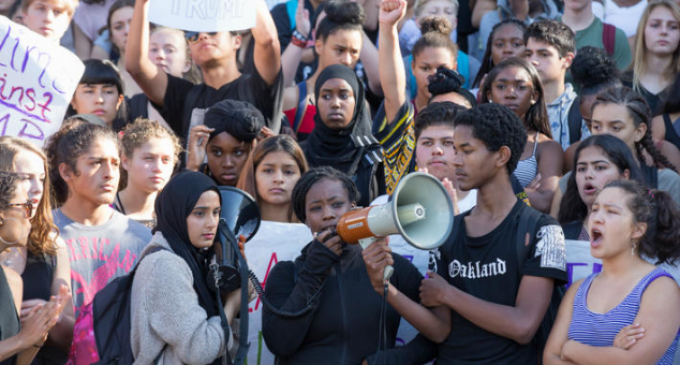 Instead of taking the results of Tuesday's elections like good sports, the left has used them to cause mischief and instigate anarchy across the nation.

When it appeared to most people that Hillary Clinton would beat Donald Trump in the presidential election, liberals and their collaborators in the media hammered at the GOP candidate for expressing concerns that the process might be rigged and claimed that he would dispute the results if he were to lose. Of course, Trump ended up beating the odds and utterly defeating Hillary, and we all know what happened next.

Far from accepting the results like they demanded Trump and his supporters should in the event that he lost, Democrats proceeded to cast doubt on the legitimacy of the election and encourage like-minded liberals to protest the results. The consequence of this is the unrest we are currently witnessing in cities all over America.