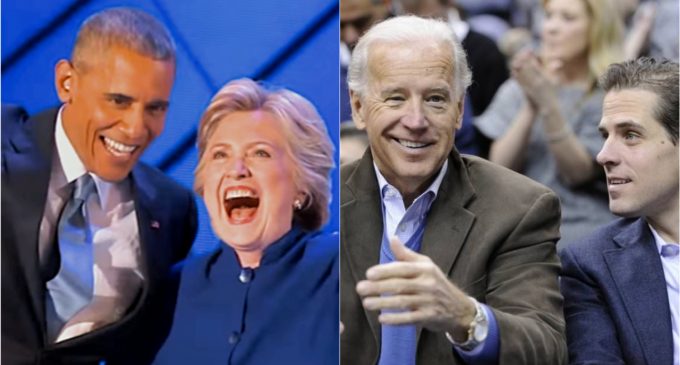 There’s been a ton of subterfuge in the impeachment inquiry ship being co-captained by both Adam Schiff and Nancy Pelosi. That subterfuge is in direct response to all the hundreds of questions that Republicans have regarding the quid pro quo of Joe Biden during his time as vice president under the Obama administration.

The impeachment inquiry hopes to link President Trump to a supposed quid pro quo attempt on the Ukrainian leader, Volodymyr Zelensky. There have been problems associated with proving that charge simply because the president has been adamant that he was trying to get to the bottom of the dirty dealings of the 2016 election.

The Democrats have been focusing on the fact that Joe Biden, a political rival of the president, was involved in this phone call discussion. The boast by the former vice president that he had bullied Ukraine into firing a special prosecutor for looking into Burisma Holdings, a corrupt company where Biden’s son, Hunter, chaired the board, has recently become the focus of the Republicans.

That said, the Democrats continue to insist that there was nothing to see there; that Biden had not been responding to anything dealing with the company itself, but more corruption in general.

Cue the documents that have just been revealed that show that Burisma Holdings directly contacted the Obama/Clinton State Department, demanding that they put pressure on the Ukraine government to call off Viktor Shokin, the special prosecutor pitbull investigating them!

Read on the next page about how Joe Biden took that cue from the State Department and flew to Ukraine less than a month later to make his demand!