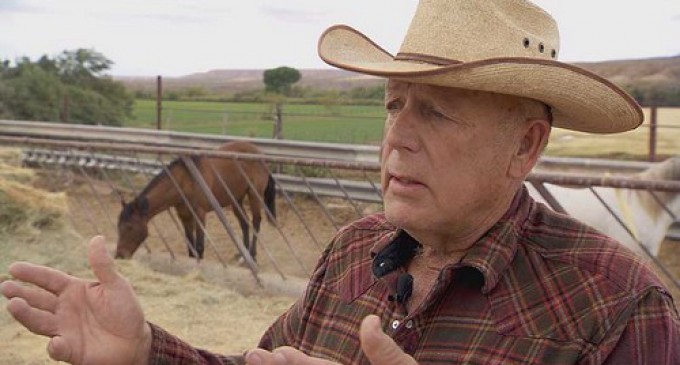 Cliven Bundy, the Nevada rancher involved in the 2014 “Bunkerville standoff” is in prison awaiting trial. He has been charged with being a “domestic terrorist” among other counts, and faces the potential of life in prison.

The federal government is determined to stop these patriots who are challenging absolute federal power, but it is an uphill battle. Bundy's lawyer, Joel Hanson, has accused U.S. Senator Harry Reid of trying to prejudice the criminal case against Bundy, and cited Reid's comments on the Senate floor recently when he called Bundy and “outrageous lawbreaker” and stated that Bundy is “where he should be – in jail.”

Two important things should be noted here. First is that Reid stands to benefit financially if Bundy's land is seized, since Reid's and Bundy's property are adjacent to or part of a proposed Chinese solar energy development.

And second, Reid was instrumental in getting presiding U.S. District Judge Gloria Navarro appointed to the bench.

President Obama, who appointed Navarro, once mocked Bundy at a White House dinner for Washington D.C. news correspondents. It is clear that Navarro should recuse herself from the Bundy case with such a tainted background of government support and connections, and Bundy will no doubt be looking at severe bias that will make his case all the more difficult.