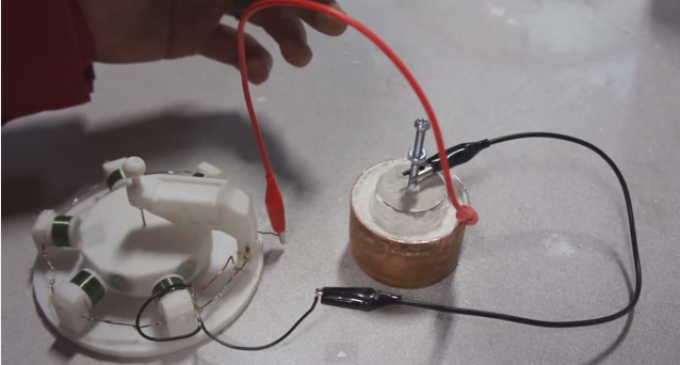 Is there such a thing as a battery that can last forever? It appears there just might be!

It's called Crystal Power Cells, created by Canadian scientist John Hutchinson, who has been exploring free energy and anti-gravity.

The power seems to be generated through the piezoelectric effect, which  generates electricity through vibrations of ambient heat or ambient radiation from the sun. Each power cell generates less than a volt at around 60 miliamps, but they promise to continuously provide power for an indefinite amount of time.