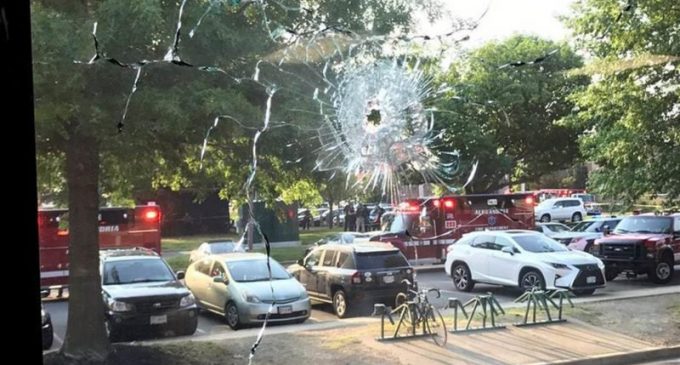 House Majority Whip Steve Scalise and 3 others were shot this morning during a baseball practice other Republican Congressman in Alexandria Virginia.

According to reports, the shooter had a clear agenda behind the shooting.

“Are those Republicans or Democrats out there practicing?” he asked, according to one report.

One congressman told CNN: “There’s no question that he knew who we were.”

The House Natural Resourced Committee was scheduled to vote today to make it easier for gun owners to buy firearm suppressors. Although, now, of course cancelled due to the shootings.

Many are asking if the shooter could be charged with domestic terrorism if all the reports on the his radical left leanings prove to be true. More on the next page on this, President Trump's reaction to the shooting, and video of Senators Rand Paul and Jeff Flake sharing their eyewitness accounts of the shooting