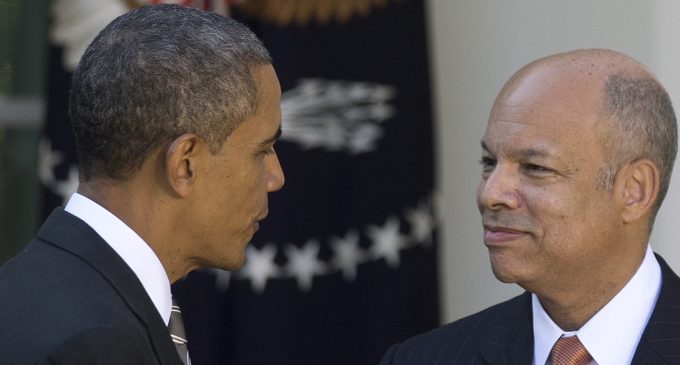 Is it possible that the Obama administration pre-orchestrated the entire Russian hacking story as a safety net for a possible or even probable failure on Hillary's part to secure the presidency? And even colluded with DHS to plant ‘evidence'?

It is all too clear that Barack Obama quite likely knew the vast number of shortcomings of Clinton prior to the election and already concocted a vastly superior “Plan B” that was specifically designed to sow doubt in the American electorate that would ultimately come to threaten the very presidency of Donald J. Trump.

Information has resurfaced regarding the Russian hacking story that requires attention by all Americans because it is that important.  The Obama administration, at one point in the not-so-distant future began to plot for his succession, to ensure that his all-important Legacy was secured and his name in history synonymous with FDR and JFK.  However, there were two very large and looming obstacles in the way of that Legacy.  One was a very popular nationalist movement behind Republican candidate Trump.  The other, oddly enough, was a very unpopular Democrat candidate whose Primary proved to be a battleground of historic proportions.

While Obama plotted on the one side to secure his Legacy, the entire Democrat and RINO Establishmentariat on the other side coerced a large contingency of Conservative columnists to wage war on Trump, while also ensuring that Hillary had the wherewithal to win at all costs…even if it meant taking out a very popular Senator Sanders through unscrupulous means.

The infancy of the Obama plot began with an attempt to bully the entire collective of the Secretaries of State in the entire American union to capitulate in turning over 100% of the states' election systems to the federal government under the guise that they were unsecured and prone to breaches.

This was the seed that was planted back in February of last year and the one which would later germinate into a full-blown “theory” of Russian collusion and, eventually, cyber hacking and warfare.  The details themselves are very chilling and require a very intense review, because if this is how Obama first began building his media machine bent on Trump's destruction and the perpetuation of his Legacy, it would be tantamount to treason.

The mechanisms are in place and the arrival of these conclusions, as if out of nowhere, were well-coordinated and purposed to take place EXACTLY in such a way as to afford ambiguous reports of hacking, while being guided to a “logical conclusion:”  that Donald Trump colluded with Russia in order to affect the outcome of the elections.  The one thing Obama didn't take into account was a very careless Department of Homeland Security…Read on for the explosive details that serve to show a serious breach of faith rather than a breach of our election…