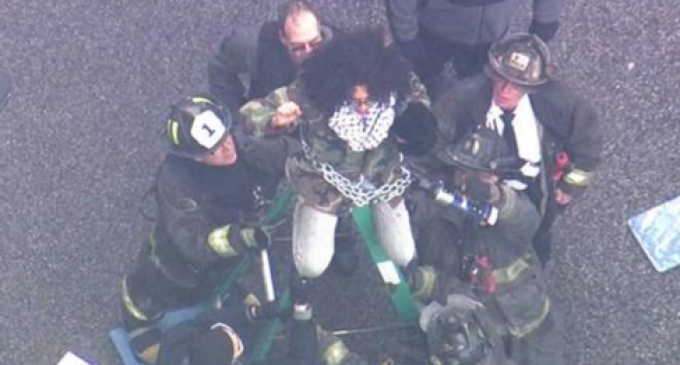 Black Lives Matter and Organized Communities Against Deportation (OCAD), came together in the middle of the roadway in Chicago to protest the repatriation of foreign migrants.  The expressway on the south edge of the downtown business district was closed for roughly a half an hour by these groups.

The protest’s focus, according to OCAD, was to demand that immigration agencies stop the repatriation of foreign migrants and to bring attention to how the government is supposedly unfair in its treatment of migrants that break the law.

Chaining themselves together, the protesters chanted such slogans as “unafraid, unafraid”, when the Chicago firefighters were cutting the chains so the police could separate them.  Twelve protesters were arrested, the Chicago police reported.

Black Lives Matter believes that breaking the law by committing vandalism, accosting police and other types of civil disobedience is within the bounds of propriety, so it makes sense that they would see the treatment of law breaking immigrants as unfair.  Read about the other groups that joined the protest on the following page.