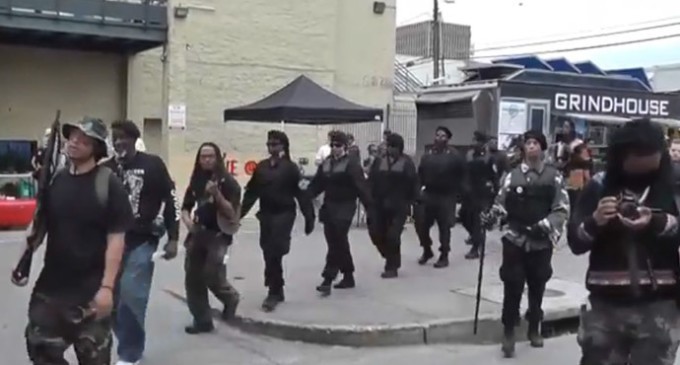 The left in America has spent a great deal of time recently complaining about the power of words and demanding that Republicans — primarily Donald Trump — tone down harsh rhetoric.  They claim that by acknowledging that terrorist attacks are largely perpetrated by Islamic extremists, the right is somehow condemning all of Islam.

So instead, Hillary Clinton and the Obama administration have made it a practice to pretend that groups like ISIS, Al-Qaeda, and Boko Harem have absolutely nothing to do with Islam.  They would have the American people believe that it is history's biggest coincidence that exactly 100% of the members of these terrorist organizations are Muslim.

This tactic does not, however, apply to groups such as white people or law enforcement.  The left has done virtually nothing to condemn the words of BlackLivesMatter activists who march through the streets chanting “pigs in a blanket, fry 'em like bacon” and “What do we want? Dead Cops! When do we want them? Now!”

Now, just after the murder of five Dallas police officers, the New Black Panther Party (NBPP) is calling for a demonstration across from the “Baton Rouge Pig Department” to protest the officer-involved shooting of Alton Sterling.

To read how out-of-town agitators are expected to come to Baton Rouge with nefarious intent, continue on the next page: