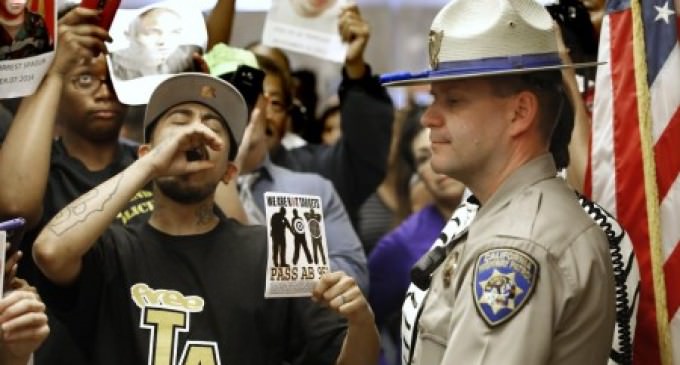 Black Lives Matter and CAIR teamed up in Sacramento this week over a piece of proposed legislation that would “expand bans on racial profiling to include perceived ethnicity”.

AB 952 requires that police officers report “perceived race or ethnicity, gender, and approximate age of the person stopped.”  The march on the state capitol today was to “decry police brutality” and to ask Governor Brown to support this bill that will track profiling.

The coming together of Black Lives Matter and the Counsel of American-Islamic Relations at this march raises deep questions about who CAIR really supports.   They claim that they stand with the ideals of the Found Fathers that of “working for checks on overly-broad law enforcement efforts”, but by joining with BLM , who has protested and at times violently demonstrated against the police, one questions CAIR's motivation.

The plot thickens when one considers that CAIR has been labeled a terrorist group by the United Arab Emirates last year, but here in the U.S. we handle them with kid gloves and show no concern when a BLM and CAIR alliance occurs.