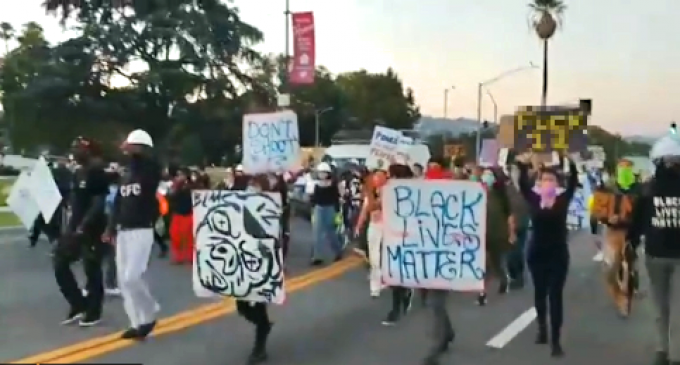 Several Black Lives Matter protesters were arrested on Friday as they marched through the streets of a Beverly Hill residential neighborhood chanting “Eat the rich!” and “Abolish capitalism now!”

The Beverly Hills Police Department tweeted after handling the scene: “The unlawful assembly in the area of Rexford Dr & Carmelita Ave has ended with arrests being made. Protesters have now left the City.”

BLM is quite upfront about their agenda to destroy the nation. “We are trained Marxists. We are super-versed on, sort of, ideological theories. And I think that what we really tried to do is build a movement that could be utilized by many, many black folk,” admitted BLM Co-Founder Patrisse Cullors. Obviously they haven’t asked all the black folk that are doing quite well within ‘terrible bondage of capitalism’ if they want their country destroyed.

Move to the second page for video.