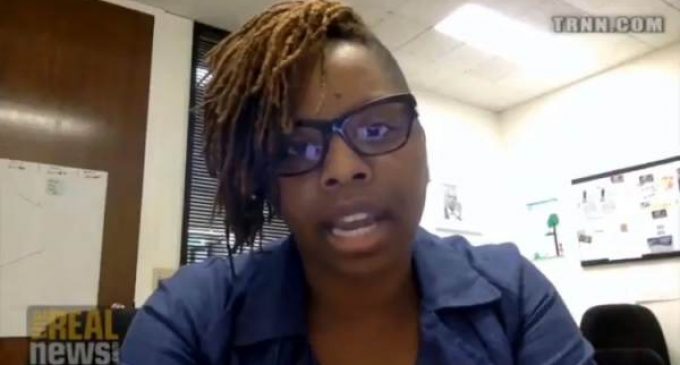 Black Lives Matter Co-Founder Patrisse Cullors has just admitted what anyone who reads their documents already knows: the group is founded in Marxism. Cullors happily self-identifies as a ‘trained organizer and Marxist’ with various far-left objectives, that include not only defunding the police, but dismantling capitalism, the patriarchal system and the nuclear family structure.

“The first thing, I think, is that we actually do have an ideological frame. Myself and Alicia in particular are trained organizers,” Cullors said. “We are trained Marxists. We are super-versed on, sort of, ideological theories. And I think that what we really tried to do is build a movement that could be utilized by many, many black folk.”

Destroying small businesses and churches, even if owned or attended by black people, doesn’t happen because those involved got carried away – they are striving for chaos by fanning the flames of class warfare and demonizing Christians and conservatives with the ultimate goal of taking the entire country down.

See the video on page 2: