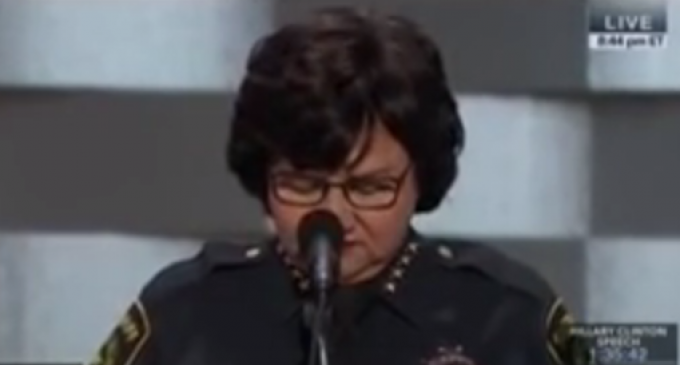 Black Lives Matter is an anti-police movement. It may not have started out that way, but that's what it is today. Many media outlets have been criticized for making that characterization, but after chants of “What do we want? Dead cops,” the murder of five Dallas police officers, and the general refusal to meet with the organizations they're lobbying to change, the facts are hard to deny.

But, if you need more proof that Black Lives Matter is anti-police, the organization delivered in a big way during the Democratic National Convention. Despite the fact that the organization had many invited guests to the partisan gathering, they couldn't help but cause chaos on behalf of the organization on national TV. Of course, that's what they do. They've long given up on trying to force any meaningful change.