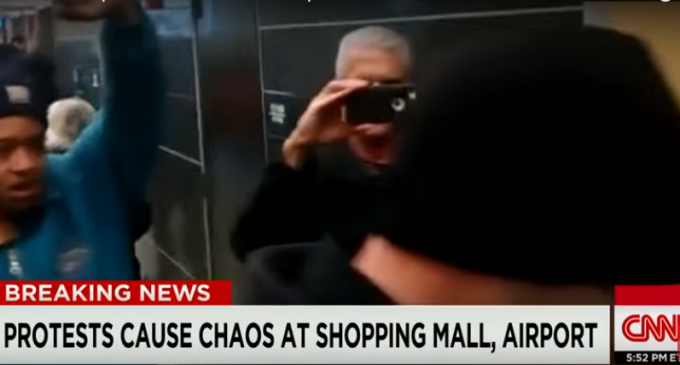 Black Lives Matter is once again causing chaos and stripping Americans of their Christmas cheer so they can bring light to… whatever it is they're angry about nowadays.

That's the problem with Black Lives Matter. They've devolved from what was once at least a theoretically justifiable movement to one focused solely on causing chaos with no clear message.

Make no mistake, Black Lives Matter was never correct in its anger. Jury after jury ruled against them in their most pivotal causes, but at least then you knew why they were angry. Now, however, they just disrupt and destroy everything in their path without clear purpose.

It just goes to show that, more likely than not, Black Lives Matter never had anything to do with black lives mattering. It was just an excuse for hooligans to destroy the livelihoods of hardworking Americans while getting cheered on and protected by the media.

Check out the video on the next page to see their most recent outburst: