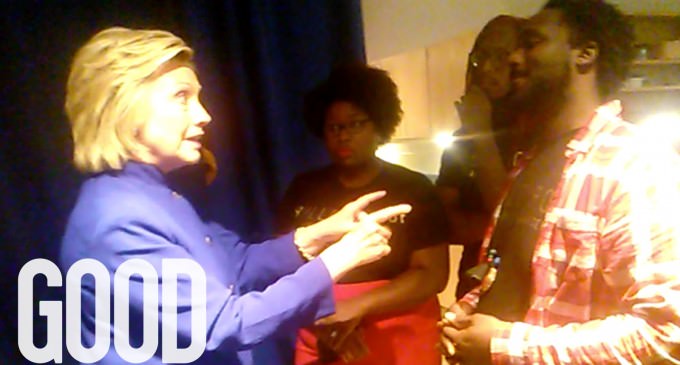 Black Lives Matter, this movement which is now known for threatening behavior at campaign events (they chased Bernie Sanders off the stage recently) met with Hillary Clinton last week in New Hampshire.  The Clinton campaign gave them a semi-private meeting which was captured by a cell phone it seems.  Julius Jones, addressing Hillary, accused her of being responsible for Bill Clinton's enactment of funding more prisons and doubling the number of Police Officers out on the streets.  BLM (Black Lives Matter) talking points seem to be that we need to acknowledge our nation's great sin of slavery, and we need to recognize that the prisons are now the new plantation fields where the white “plantation owners” have free labor, this is called “mass incarceration”.