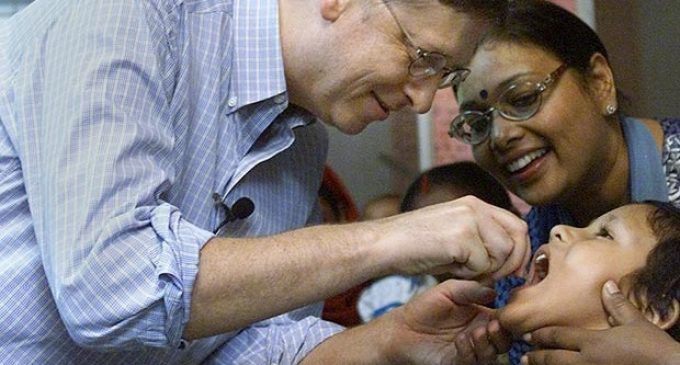 What goes wrong with these people who amass incredible levels of wealth such that they morph into some form of tyrant?  When the ultra-rich talk of things like depopulation and see it as a good thing, one can only conclude that they are tyrants, hell-bent on using their wealth and the influence that comes with it to the detriment of humanity.

People like Bill Gates are key components of the cabal that wishes to remake the world according to their globalist dreams.  Gates in particular has invested in statistical models that predict a global pandemic that will quickly kill 33 million people.  Could he be so depraved as to think that's a good thing?  Think that's an isolated instance?  Think again.

Mr. Gates wants to, “start human beta testing implantable chips.”  And he, “wants to implant them in wives and daughters worldwide.”  This may sound like something out of some dystopian novel, but this is not fiction.  It's a real plan.

So let's see what else this great benefactor of humankind has in mind for us on page two.