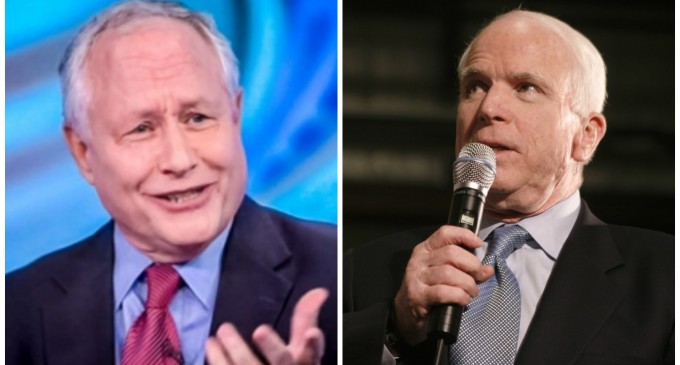 #NeverTrump and Bill Kristol are one in the same.  Kristol is the face of this movement which is actively seeking someone who will unseat Trump for the GOP nomination.

Turning over every rock to find a conservative candidate that fits his criteria and one who is willing to commit political suicide as well has been a challenge for Kristol.

The road to this #NeverTrump movement has been fraught with multiple schemes that all lend themselves to a Hillary win in November.

The Weekly Standard editor Bill Kristol has defiantly opposed Trump throughout the entire primary election, promising time and time again that the billionaire businessman would not become the Republican nominee, and would definitely never become president.

Well, Kristol failed the former promise, but he seems hell-bent on making the latter come true. Now that Trump has secured the requisite delegates for the GOP nod, it looks as if Kristol has moved on to plan B, a third-party candidacy. Sure, he has threatened such a ticket for months, but a tweet sent out over the Memorial Day weekend appears to confirm that the plan has been set in motion and that details will be incoming very soon.

Most recently in this quest to trump Trump, Kristol floated the idea of McCain as a potential independent candidate, after attending a McCain fundraiser in DC.

The rest of the story is on the following page.  Would McCain be egotistical enough to make such a play?