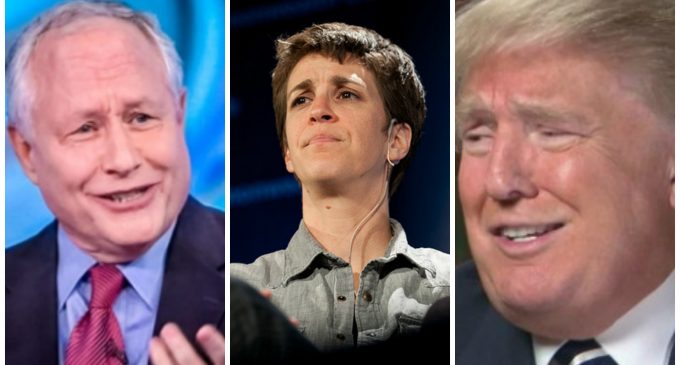 Rachel Maddow has been called many things — biased, unwatchable, and preachy among them — but she has never been called a GOP plant… until now.

Earlier this week, Maddow obtained and illegally released Donald Trump's 2005 tax returns. The much-hyped event ended in a dud. Not only did the White House beat her to the punch, the returns also contained no scandalous information.

According to the paperwork, Trump paid nearly $40 million dollars in taxes on an income of $150 million. Considering it was widely speculated that Trump managed to avoid taxes altogether, this revaluation helped Trump more than it hurt him.

Now, Bill Kristol is responding to the non-event in a peculiar way. He thinks that Maddow is working as a “double agent” for the Trump administration.

See why he thinks Maddow helped Trump on the next page: