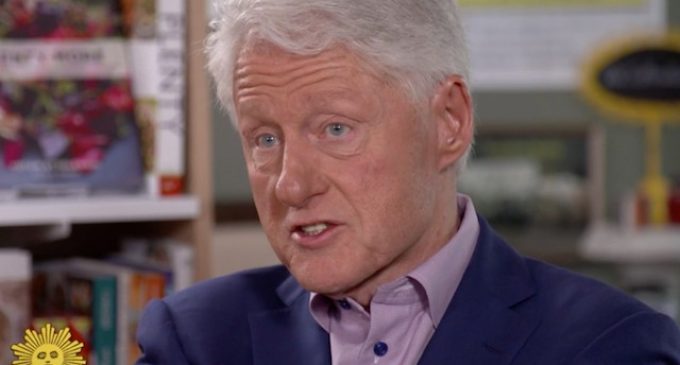 Speaking on this week’s broadcast of CBS’s “Sunday Morning,” Bill Clinton floated a reason why the political press went so easy on former President Barack Obama as compared to President Trump, and it has nothing to do with being a Deep State Darling.

Bill is out promoting his new fictional novel, The President Is Missing, which he co-authored with best-selling author James Patterson. The book is about a chief executive who goes rogue to fight terrorists.

“You hear from Trump supporters who say, ‘You know, the press slobbered all over President Obama, he could do no wrong. And now this guy can do no right. What gives, that there’s a kind of whiplash?’” Mo Rocca asked Clinton.

Clinton responded, “Well, they did treat him differently than other Democrats and Republicans. That was the political press.”

When Rocca pressed Clinton as to why, Clinton replied, “You know, I don’t know. They liked him, and they liked having the first African-American president. And he was a good president, I think. I don’t agree with President Trump’s assessment of his service.”

Turn the page to see the interview: