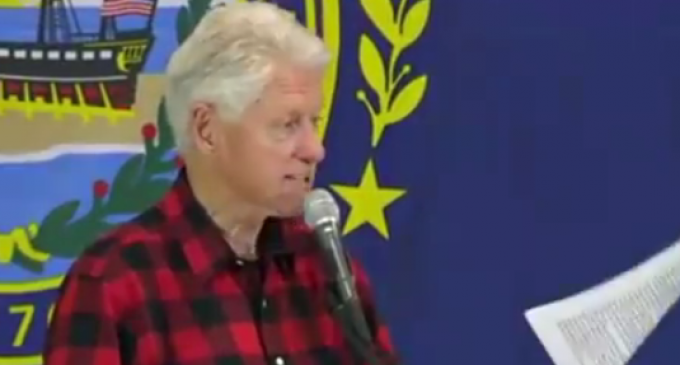 The pot is certainly calling the kettle black when Bill Clinton comes out and calls Bernie Sanders supporters sexist!

Clinton unleashed on his wife's opponent, Bernie Sanders, claiming that he had attacked Hillary's female supporters, with “Attacks that are literally too profane, not to mention sexist.”

Come on Bill, you think that you can pull the “sexist card” and be taken seriously?  To this day, there are still women, who were raped by Bill standing by their stories about his abuse toward them.

Sanders, on CNN, has denounced the nastiness saying it has nothing to do with his campaign.  Hillary on the other hand knows that she is losing to Sanders substantially in New Hampshire and will do whatever it takes to take back some ground.

Just as Hillary shut down the women who were sexually attacked by her husband in order to keep their power, she will use vile tactics to beat any opponent.

According to many accounts, Hillary was Bill’s number one defensive player when it came to covering up his infidelity and crimes.  Her hunger for more and more power only gave her the impetus to ignore, forgive, forget, and cover-up Bill’s unfaithfulness so that she could continue on her course to the White House.

It seems the tables are now turned and Bill is Hillary's number one defensive player.  Watch him take on Sanders in the video on the next page.