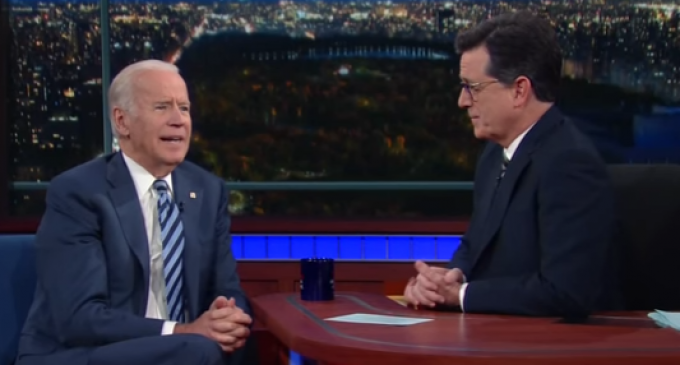 Mark your calendars! Joe Biden will be running for president in 2020, alongside Kanye West and Will Smith. And you thought that this year's election was entertaining. Still, the thought of Biden in office is far more frightening than Hillary, due mostly to the fact that he's kind of an idiot. If you'll recall, he did point out the guy carrying the nuclear codes during a Hillary campaign event. And he's been sure to bring up nuclear codes at just about every event that followed. So what is his obsession?

Biden's comments came Monday, on MSNBC's “Hardball,” when Kelly O'Donnell reported and played audio from her phone in which Biden said he's considering a run for president in 2020. Actually, he was rather vague in the official audio. Not only was he joking, but he was also serious. Yeah, it makes about as much sense as anything that comes out of Biden's mouth. When asked if he was running for Vice President, he almost seemed offended. Then he said he wasn't committing to anything.

Read the transcript on the next page and decide for yourself.