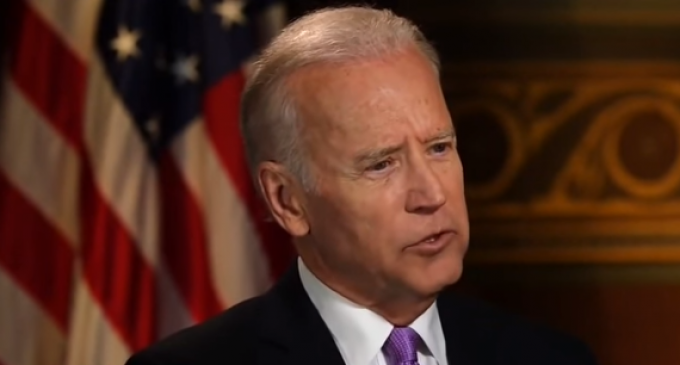 Joe Biden has never been the sharpest knife in the drawer. It is difficult to understand how he has been able to stay in office these many years when he repeatedly shows he does not understand the law, the Constitution, or even common sense. Perhaps he has been Obama's insurance policy against a much deserved impeachment effort since the public is rightfully terrified of replacing the out of control, would be emperor Obama with the village idiot Biden.

When a sitting president reaches the end of his term, the party pole position generally is awarded to the vice president. The 2016 presidency, however, was seen as the horrid Hillary Clinton's rightful prize, and Joe decided to sit this one out. But Clinton is now facing a possible indictment, and the public seems to have caught on that she does not have an honest or pleasant bone in her body, and she could very well be too damaged to survive even the primaries.

And crazy uncle Bernie Sanders is gathering steam among panicked Democrat communists, but still seems an embarrassment to rational U.S. citizens. So it may actually be Joe who takes a second look at the race and decides he still has time to throw his hat into the ring.