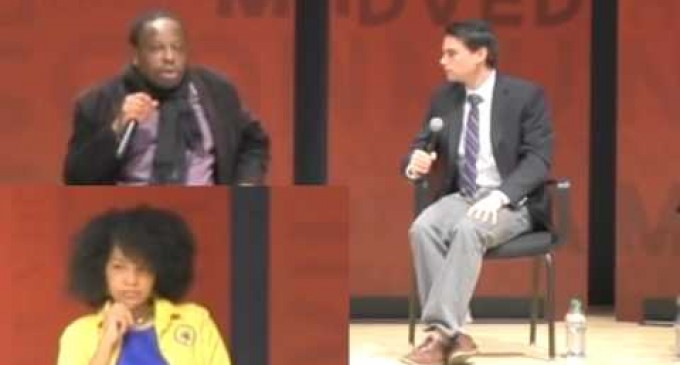 During the 2008 presidential campaign Obama was praised by the media, glorifying him as the first “post-racial president” who was going to bring healing to America and exterminate the legacy of racism.  Obama has failed significantly in this area, as his rhetoric has created a deeper divide in this country than decades before.

A CNN/ORC poll taken roughly a year ago, found that four in ten Americans believe that race relations are significantly worse since President Obama took office, with forty-five percent whites and twenty-six percent blacks saying it is worse and only fifteen percent saying they thought things had improved.

With Black Lives Matter becoming an institution in this area of racism, America must have an honest discussion and see where she has gone so wrong.  It seems that with a black President, a black Attorney General, and another black man running in the 2016 presidential primary, things should be looking up for this community, but when one listens to the anger of the BLM movement, it would appear that the white man is keeping the black man down.

The debate on race relations has been reignited since Ferguson and with Beyoncé's Superbowl provocation. Giuliani said well what many American's felt after her performance, “I thought it was really outrageous that [Beyoncé] used it as a platform to attack police officers, who are the people who protect her, and protect us, and keep us alive.”

Ben Shapiro participated in a discussion that must be had in America on AM 770 KTTH's “Freedom Series: Race in America”.  Listen to his articulate beat down of Black Lives Matter on the following page.