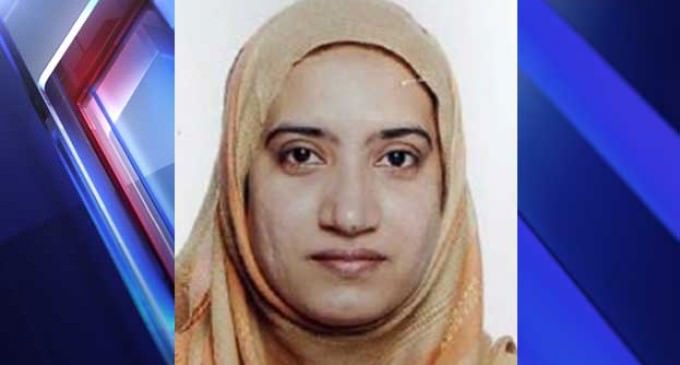 Tashfeen Malik, the radicalized Muslim who helped her husband kill 14 innocent Americans, has until yesterday, been without a photograph.  Much speculation has gone into why there was not a picture of her and Glenn Beck seems to have had the most telling theory.

He asked on his radio program why there was not a picture available.  He suggested that the government and media may have been intentionally withholding photos to give due respect to the female murderer because of her Muslim headscarf or burqa.  He wondered if the powers that be, orchestrated by the politically correct Muslim supporting Obama administration, had kept the images out of the news so “viewers would not think it was a “Muslim thing””.

Could this have been the reason for the delay in the release of her photograph?  As we now know, Tashfeen Malik does wear a head-covering.  Beck's theory may explain the several day delay.  Read more about it on page two.