Economist Fabian Calvo states that these deaths are due to the financial elite's fear of an ‘Edward Snowden type' whistleblower coming out and exposing the corruption within the banking industry, which would bring down the entire system. He states that banker deaths will likely go much higher.

While the majority of articles have made it clear the police are still investigating this incident and the cause of death is yet unknown, the Daily Mail already ran with the headline, “Goldman Sachs managing director, 39, found dead after kiteboarding accident“.The incident marks the 15th reported death of a senior banking and finance executive in recent months as just a few weeks ago, JP Morgan Executive Director Julian Knott shot his wife Alita to death with a shotgun before turning the weapon on himself.Zero Hedge posted the recap of recent banker deaths below after a 52-year-old female banker at France’s Bred-Banque-Populaire jumped from the 14th floor of the bank’s Paris headquarters back in April:

*Note: The count is not actually 16, as #2 on the list Karl Slym was not actually a banker but the managing director of a major car company.

1 – William Broeksmit, 58-year-old former senior executive at Deutsche Bank AG, was found dead in his home after an apparent suicide in South Kensington in central London, on January 26th.

3 – Gabriel Magee, a 39-year-old JP Morgan employee, died after falling from the roof of the JP Morgan European headquarters in London on January 27th.

4 – Mike Dueker, 50-year-old chief economist of a US investment bank was found dead close to the Tacoma Narrows Bridge in Washington State.

5 – Richard Talley, the 57-year-old founder of American Title Services in Centennial, Colorado, was found dead earlier this month after apparently shooting himself with a nail gun.

6 – Tim Dickenson, a U.K.-based communications director at Swiss Re AG, also died last month, however the circumstances surrounding his death are still unknown.

7 – Ryan Henry Crane, a 37-year-old executive at JP Morgan died in an alleged suicide just a few weeks ago.  No details have been released about his death aside from this small obituary announcement at the Stamford Daily Voice.

9 – James Stuart Jr, Former National Bank of Commerce CEO, was found dead in Scottsdale, Arizona, the morning of Feb. 19. A family spokesman did not say what caused the death.

11 – Kenneth Bellando, 28, a trader at Levy Capital, formerly investment banking analyst at JPMorgan, jumped to his death from his 6th floor East Side apartment. 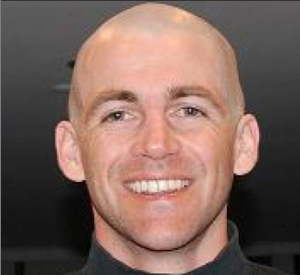