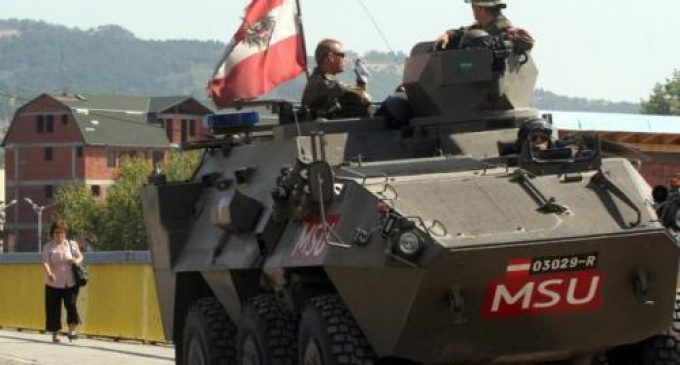 The migrant/refugee crisis in Europe is beginning to reach epic proportions that even Europeans are finding frightening.  What many European leaders WERE saying years ago before the current level of immigration was that Europe was a welcoming home to anyone and everyone who wanted to come.  They had shared borders and opened them willingly and graciously for the sole purpose of having an influx of so many individuals as to rival the Exodus of the Jews from Egypt.  My, what a difference a half-million immigrants can make.

European leaders have changed their tune a bit since the days of love, diversity, acceptance, inclusion and tolerance, inspired by the great American Anointed Barack Hussein Obama.  While not all of them are completely onboard the “shut-down-the-borders” wagon yet, it appears that 99% of them are, especially when many of them are up for reelection and the nationalism for Europeans the continent over has surged to unprecedented levels.

Now, you may say that you've seen no evidence of this nationalism, but think about who controls the media and also that much of the European news agencies are LITERALLY run by the governments.  This being the case, if Angela Merkel, for instance, wants a million refugees to flood Germany, all she has to do is get state-controlled media outlets to begin pumping out 24/7 special news reports about the plight of the refugees, pull on the heartstrings of the German people (especially Christians) and demonstrate that they mean Germany no harm by countless examples (written, photographic, and videographic) of the refugees doing and saying the most kind and thankful things in order to convince millions that the immigrants are just looking to get beyond the oppression and war and settle in a place of high culture and wonderful warmness.  Do this long enough, and eventually, you convince millions that it's the “right thing to do.”  Never mind the fact that 85% of these refugees are young, able-bodied men of 17-29 years old.  Never mind that most of the children are unaccompanied.  Never mind the question of why so many able-bodied young men chose to leave their homeland instead of fighting for their families.

European leaders are now beginning to show their true stripes.  They are beginning to come to grips with the fact that they made a HORRIBLE miscalculation in accepting en masse these refugees who are straining the very governmental mechanism designed to work in normal circumstances.  With this gargantuan invasion, the systems designed to help its own citizens, has now abandoned all pretenses of assisting them in favor of providing for the hundreds of thousands (and soon-to-be millions) of immigrants streaming over their open borders like ants to sugar.

Read about Austrian measures to suddenly combat this influx through Italy and the resulting Italian response on the following page.  Priceless.