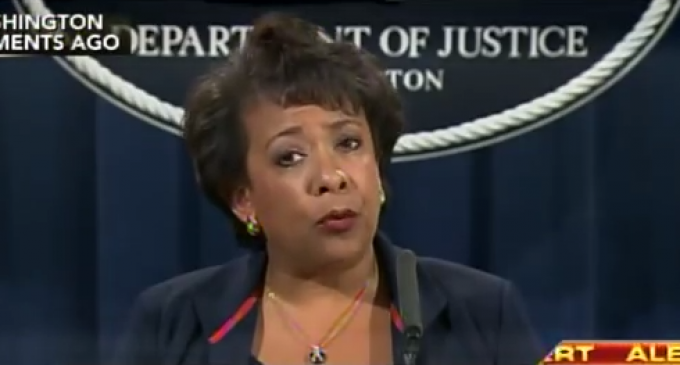 These must be incredibly trying times for anyone in law enforcement. They are certainly difficult times for us to watch.

If it isn't bad enough that rioters and looters are destroying cities such as Charlotte, North Carolina, those who commit those crimes can expect  the attorney general to spin the events to the point where they are almost given a pass.  When violence is tolerated or explained away as “free speech,” expect more violence. This does not require a law degree to figure out.

We'll refer you on the next page to an excerpt from a recent speech given by U. S. Attorney General Lynch.  In a manner typical of the Obama administration, she finds a way to praise “peaceful protesters” in the middle of a riot.  She speaks of needing to hear “voices of change” while mobs are looting stores and turning communities into war zones.

Her message really consists of cheerleading the stoking of racial tensions while winking at the violence being committed.

If you can stand 52 seconds of nonsense, we've got the clip ready for your viewing.