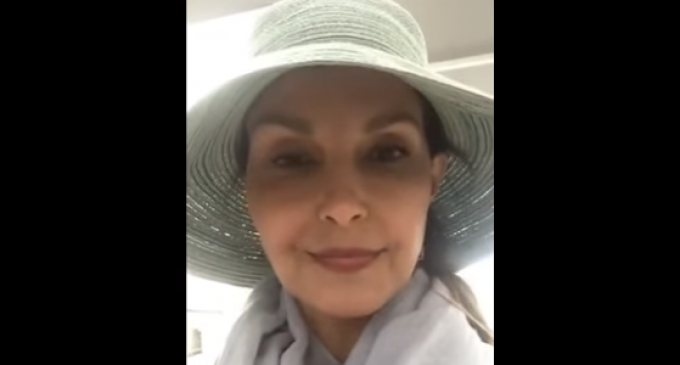 What used to be considered a kindly gesture of respect is now considered sexism in today’s world of pseudo gender-equality.

Respect a dirty word. Manners all but forgot. While every little innocent well meaning off-hand comment the subject of ugly hateful disputes.

Ashley Judd is not just a representative for pink hat feminists, she is also a representation of what is going on today in our society.

She posted a video yesterday on “everyday sexism”. What do you think Ms. Judd was talking about? Was she raped while law enforcement stood back and refused to prosecute? Is she being denied entrance into universities on account of her gender? Is she forbidden from driving or owning land?

Of course not. We live in one of the most progressive countries in the world. But, progressive in what way? Watch her short video on the “everyday sexism” she experiences or read the transcriptions on the next page to learn more. And don’t be scared. It’s not quite as bad as her rantings that having Trump as her president was equivalent to being double raped.