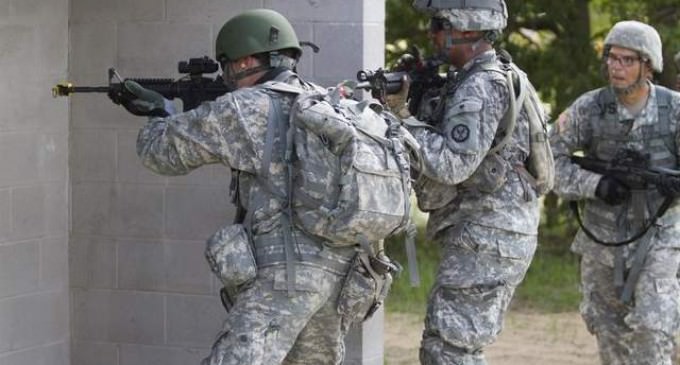 According to Army Times, our Army is now concentrating on fighting in ‘megacities' of 20 million or more people against “criminal and extremist groups” who can “influence the lives of the population while undermining the authority of the state.”

“It is inevitable that at some point the United States Army will be asked to operate in a megacity and currently the Army is ill-prepared to do so,” reported Army Chief of Staff Gen. Ray Odierno’s Strategic Studies Group.

The military isn't allowed to serve as police on American soil, but once the jihadists Obama has been bringing into the U.S. via our open border commits serious acts of terror, expect that to be thrown out the window as America has already been declared a ‘battlefield' per S.1867, or the National Defense Authorization Act (NDAA).