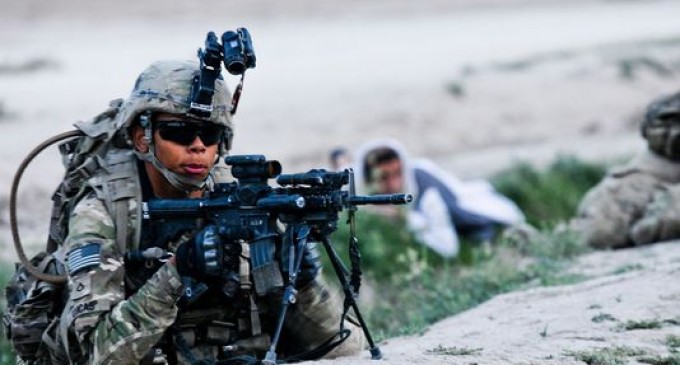 With ISIS running rampant in the Middle East and Russia on the rise, the world is more dangerous than ever. But in spite of these clear threats, our military is being undermined from the inside.

After tallying up the it's personnel levels for this year, the Army has determined that around 16,548 soldiers have left their jobs without anyone replacing them. This has left America with it's lowest pool of manpower since the years right before World War II.

This past March alone, 2,600 soldiers departed from active service, further weakening the military's capability and readiness. While this sort of news would strike most as alarming, not everyone seems to think it's worth fretting over.

An example of the latter is, shockingly enough, the Army itself, which has endeavored to cut down on personnel. At the current rate, the force will be reduced to 450,000 soldiers by 2018, even as America's enemies grow stronger.