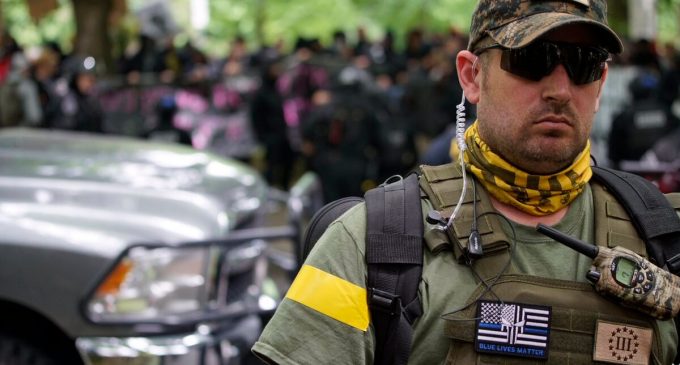 Last week GOP lawmakers in Oregon walked out of the Capitol in order to deny Democrats the quorum necessary to vote on and pass a sweeping greenhouse gas emissions cap-and-trade bill.

Democratic Gov. Kate Brown responded by ordering state police to apprehend the Republican senators and bring them back to the Capitol to vote.

“The Senate Republicans have decided to abandon their duty to serve their constituents and walk out. The Senate Democrats have requested the assistance of the Oregon State Police to bring back their colleagues to finish the work they committed to push forward for Oregonians. As the executive of the agency, I am authorizing the State Police to fulfill the Senate Democrats’ request,” Gov. Brown said in a press release.

In order to avoid the disturbing scenario, the GOP lawmakers scattered to the wind and even went out of state. One lawmaker, Oregon Republican Senator Brian Boquist, even threatened a shootout should police attempt to carry out the governor’s orders.

Oregon state senator @BrianBoquistGOP said if R's walk out to stop a vote on Cap and Trade and @OregonGovBrown sends state police to bring him back, they should be single and well armed. Your take? pic.twitter.com/Fcu8NXXl8h

Now, right-wing militia is stepping up to protect the senators ‘at any cost,’ prompting the Oregon state Senate to close on Saturday. Turn the page to find out more.