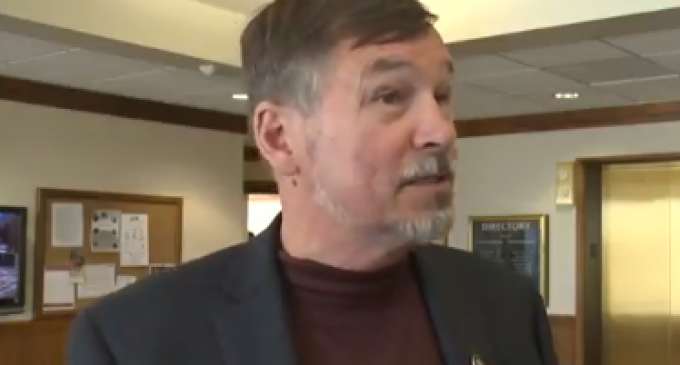 Republican senators in Oregon walked out of Capitol this week, leaving the state in various directions in order to avoid being captured by troopers and hauled back to vote on a climate bill.

By walking out, 11 GOP members denied Democrats the opportunity to pass a sweeping greenhouse gas emissions cap-and-trade bill as they lacked the quorum to vote. With 18 members in the Senate, Democrats hold the majority, but they need two Republicans to reach a quorum of 20.

The measure, known as H.B. 2020, has already passed the Democratic-led state House and has the support of Democratic Gov. Kate Brown.

“The Senate Republicans have decided to abandon their duty to serve their constituents and walk out. The Senate Democrats have requested the assistance of the Oregon State Police to bring back their colleagues to finish the work they committed to push forward for Oregonians. As the executive of the agency, I am authorizing the State Police to fulfill the Senate Democrats’ request,” Gov. Brown said in a press release.

“It is absolutely unacceptable that the Senate Republicans would turn their back on their constituents who they are honor-bound to represent here in this building. They need to return and do the jobs they were elected to do.”