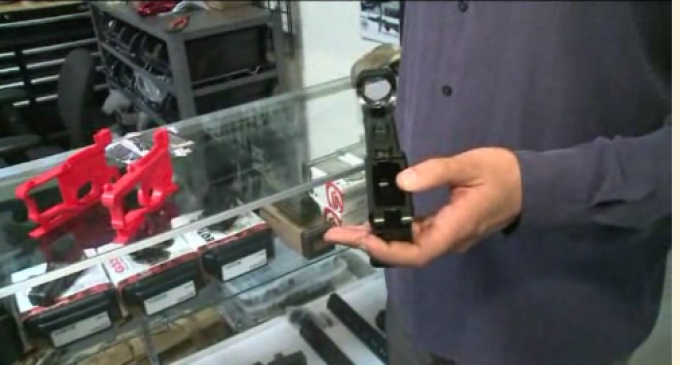 Back in March the ATF raided gun store Ares Armor and demanded a customer list of 5000 people who had purchased a certain gun part, known as a lower receiver, which helps people more easily build their own gun.

Ares Armor obtained a restraining order against the ATF, but the ATF raided all store locations anyway.

Now, owner Dimitrios Karras in an act of open defiance has started selling another version of the receiver without asking for approval from the feds first.

“If they don't like what I'm doing they can come down here and do something about it,” a stern Karras stated. “At this point put up or shut up, we've been going at this for months now.”

The ATF seized much of this stores merchandise, calling this gun part a ‘weapon' in and unto itself, which they claim gives them the right to seize the inventory.

Karras is a veteran who completed tours in Iraq and Afghanistan.