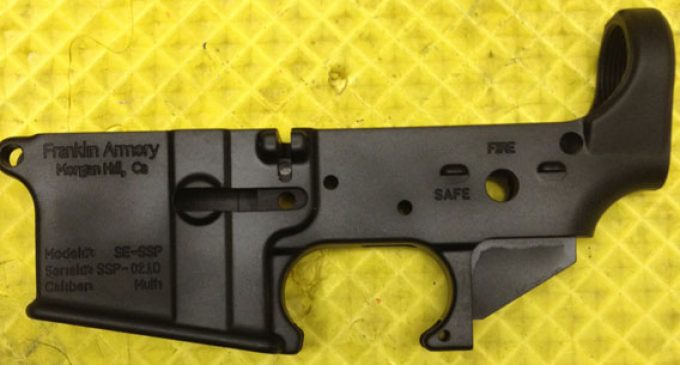 Here is some updated video of the ATF raid on Ares Armor earlier today (see our earlier story here). ATF took this action after Ares had obtained a restraining order against the agency. At issue is the bureau's desire to confiscate a huge customer list maintained by the business, as well as some firearm parts. The parts had previously been determined by the ATF to not constitute a firearm.

was requested by Ares Armor to forestall a raid by the Bureau of Alcohol, Tobacco, Firearms and Explosives in which inventory and customer records were targeted for seizure. That ATF action was in response to the company selling so-called “80 percent lower receivers” manufactured by EP Armory, itself the subject of a raid and seizures over parts which have previously been determined by ATF not to be a firearm, as further machining operations must be taken by customers to turn them into functional components.

As explained by St. Louis Gun Rights Examiner Kurt Hofmann, “EP Armory's polymer 80% lower receivers have a unique feature in that the material to be removed by milling and/or drilling is a different color from the material that is to be left untouched — thus making it easy to do the machining, even without a jig.”

“I look for ATF Firearms Technology Branch ‘hocus-pocus’ to come to the forefront … because they will claim the ‘marking’ of these critical holes will ‘make’ this plastic chunk a firearm,” an industry source told Gun Rights Examiner. “It's FTB's nature to do so.

“Now that this has gone viral, the ATF and U.S. Attorney have no choice but to go forward with a criminal case come hell or high water,” the source continued, also predicting “other manufacturers will get a spontaneous revision letter effectively changing the rules.