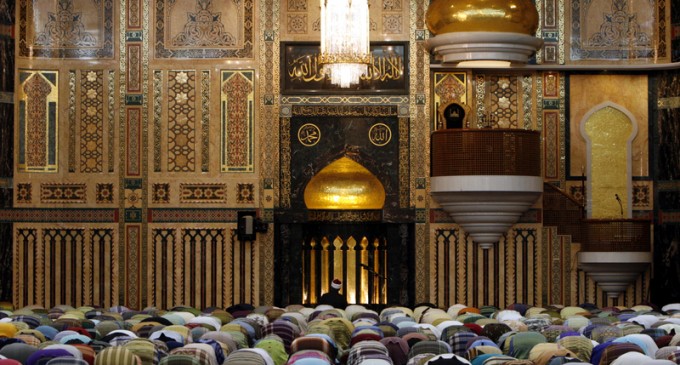 Germany's migrant problem is no secret, despite how much their government and the German media are trying to cover up the many incidents involving migrant violence and abuse towards German citizens. Not only are left-leaning German personalities welcoming this type of behavior, they're actually willing to risk the health and happiness of their own people to make sure these migrants feel at home. For example, a German architect is claiming that to make migrants feel more welcome, churches should be demolished and mosques should be built in their place.

Yeah, that only makes sense to a self-sabotaging liberal .

In an interview, the architect claimed that in order for these migrants to feel integrated into society, they have to feel no fear, which means that they shouldn't be afraid to worship.

And what about Christians and Catholics? What about the fear that Muslims strike into them, especially in seeing their churches destroyed? This won't make them feel welcome in the end, it'll basically create a new Middle East in Germany.

Read what else the architect said on the next page.