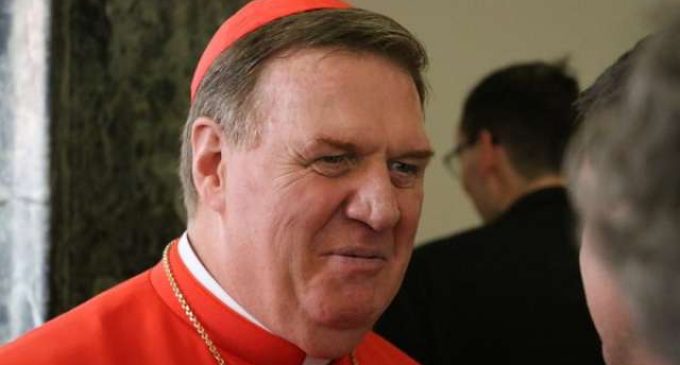 There is no denying that the Catholic church is in deep trouble in so many ways that it has resorted to cannibalizing itself from within by bowing to the needs of the global community and Leftism in general.  With Pope Francis maintaining rock star status among Liberals because of his backward stance on immigration, tainted by his regional origins (of course South Americans believe that the United States and every other nation should automatically, without question, accept immigrants in massive numbers), the Catholic church continues its downward spiral into oblivion because of its inability to combat the Progressive machine through which it was stupid enough to make a deal with the Devil.

If the Vatican officials had just listened to former Pope Benedict and understood that Catholicism and its followers were in a pseudo-Renaissance, that they were steadily climbing back up to the high moral standards, this self-cannibalizing would not have been necessary.  Not heralded in the mainstream Leftist media is the fact that Trump actually won by an overwhelming margin the support of the Catholic voter by 52% to Hillary's 44%.  This level of Catholic support for a Republican has not occurred since the GOP glory days of Reagan.

However, now that Pope Francis had the assistance of many spooked Catholic leaders who believed the Liberal media's claims that the church was losing support because of its stance on gay marriage and abortion, Pope Benedict never stood a chance.  With his stepping down and Francis stepping up, the push was on toward globalism, inclusion, diversity of thought and spirit, and a cohesion of all religions that would inevitably be rewarded with the profitability of all.

This has become a dire situation for Catholics who have been traditionalists for their entire lives.  The crossroads has become on the Right hand, righteousness and scripture, and on the Left hand, inclusion, activism, political clout, profit and globalism.  That's a bitter pill for traditional Catholics to swallow.  Thankfully, they chose Trump over Clinton, but as is abundantly clear, Vatican officials who are currently calling the shots, are completely at odds with the American people and its president.

One of Pope Francis' soldiers of fortune, Cardinal Joseph W. Tobin of Newark, New Jersey, has recently gone to bat for these Vatican officials and, in the spirit of a Donny Deutsch, Robert DeNiro, or Mickey Rourke, shot off his mouth about how much he despises Trump and how badly he believes the policies of America First are for the country.

Read on further about Cardinal Tobin and his extreme dislike for half of the American voters and the man for whom they voted, as well as a dark past that includes many controversial decisions where even our vice president Mike Pence was affected as Governor of Indiana.