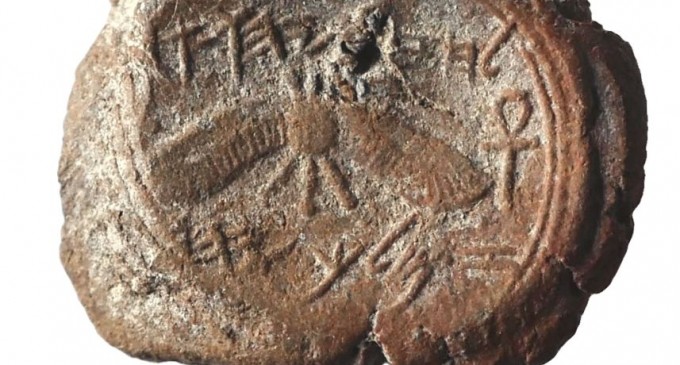 There are antagonists of religion who insist that the Bible is simply fiction, and that the stories are nothing more than mythology. It is true that the markers of 2,000 year old history have often been reduced to dust and are therefore difficult to prove, but sometimes evidence turns up that is irrefutable.  Such is the finding of an item purportedly from King Hezekiah, possibly even made by the king himself, according to Eilat Mazar of Jerusalem's Hebrew University who directed the excavation where it was discovered.

King Hezekiah reigned over the tribe of Judah in Jerusalem from around 730 BC to 670 BC. He is well known to Bible scholars, who indicate that he ruled during the time of a siege against Israel during which the northern ten tribes were carried off to the north by Assyrians, led by Sennacherib. One of the hallmarks of King Hezekiah is Hezekiah's Tunnel, an underground passageway some 530 meters long which directed the water from the Gihon Spring down to the Pool of Shiloam, which kept the waters safe inside the city walls and away from marauding Assyrians. It is an engineering miracle, and can be traversed by curious sightseers today.