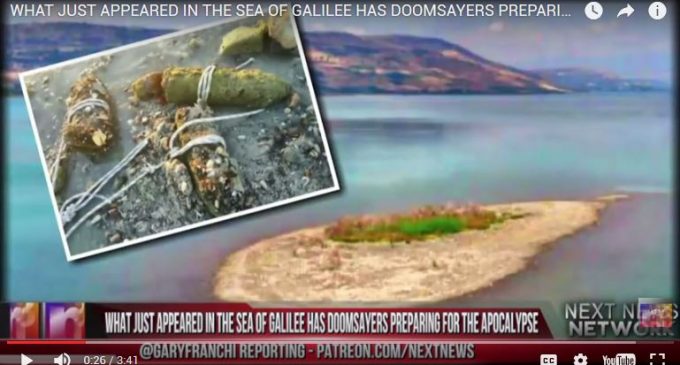 Floods, earthquakes, plagues, wars, droughts.  Many biblical scholars see an increase in these disasters as signs pointing to the end of the age.  And when these events occur in greater frequency and severity, like a woman experiencing birth pangs, the end grows even nearer.  Add to that the belief that if these events happen in Israel, then the prophetic clocks gets moved just that much closer to midnight.

So when the water level in Lake Kinneret, or the Sea of Galilee, dropped so low that Kinneret Island appeared, folks in that area got worried about having enough water, while others saw this as just one more sign that we don't have much time left on this planet.

It's not just Christians whose beliefs include an apocalyptic end-times scenario.  The Jewish Talmud also makes reference to the times of the end including a reference to the coming of the Jewish Messiah.  Even more ominously, Kinneret Island is part of this prophecy.

So what may seem to be just one more crisis in the Middle East, may portend something far greater.