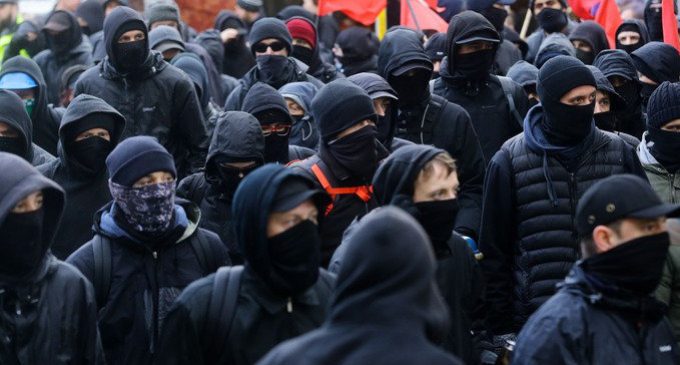 Guerrilla warfare is horrific. Most of us probably think back to Vietnam and the high casualties associated with fighting terror in the M.E. over the years. We know better. But, to kids today getting paid $15 an hour to fight “fascism”, “capitalism”, the “far-right” and “President Trump”, it’s better than getting a job at the local McDonalds.

Antifa isn’t just a protest group. One of the chapters, Redneck Revolt, is starting to specializing in guerrilla warfare training in preparation for the “revolution”. A photocopied version of the urban guerrilla warfare manual being circulated is available on the next page for anyone interested. But, who is funding these organizations? And why is the public education system encouraging a generation of kids to choose domestic terrorism and guerrilla warfare over joining our military? This comes at a time when enrollment is at an all time low and international conflict high. Now America First is right. We don’t need to be policing the world. However, whether we like it or not we are surrounded by enemies and powers that be who control far more than we could even begin to comprehend. Just because President Trump wants to stop fighting so many wars, doesn't mean he has the power to do so and not trapped by the reckless sweeping policies of his predecessors.

The deep state is behind our wars, the culture surrounding our MSM media, and this domestic terror organization rising up to fight the President and all his supporters on American soil. And now one of the largest Antifa chapters, Redneck Revolt, has an official guerrilla warfare guide being passed around as part of their training for “revolution”. More on the next page, including a photocopy of the handbook, and more information