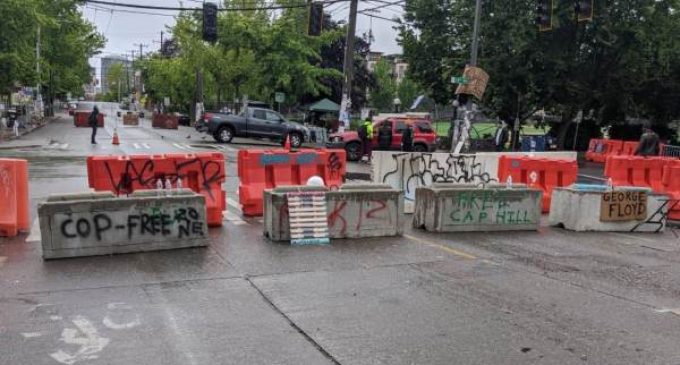 On Tuesday, Antifa militants took over 6 square blocks in Seattle after the Seattle Police Department and the National Guard pulled out of a region that included the East Precinct.

Signs on barricades outlining the 6-block ‘autonomous’ zone read: “You are now leaving the USA.” Of course, it isn’t a legal region or recognized by any government. Antifa has dubbed the area the “Capitol Hill Autonomous Zone.”

The Antifa militants are calling for “folks with firearms” to take shifts defending their newly occupied territory where they hope to set up a ‘new society.’

On Wednesday, the group released a list of demands that includes reparations, abolishing police departments…and a whole bunch of free stuff.