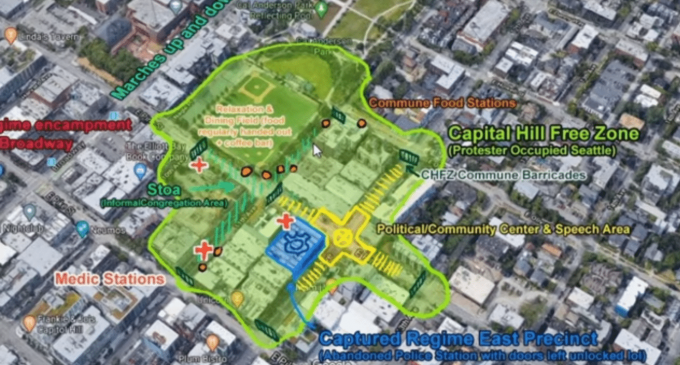 After the Seattle Police Department and the National Guard pulled out of a region where they held a week-long blockade that included the East Precinct, Antifa declared the region as the “Capitol Hill Autonomous Zone.”

Signs on barricades outlining the 6-block ‘autonomous’ zone read: “You are now leaving the USA.” This isn’t a legal region or recognized by any government.

The story broke on Tuesday by reporter Andy Ngo, who is now suing Antifa following 2019 assaults carried out against him by the group in Portland, Oregon. Ngo was beaten by an Antifa mob for reporting on violence being perpetrated by the group. Following the attack, Ngo was taken to the hospital where he was diagnosed with a subarachnoid brain hemorrhage. He claims to still be dealing with long-term health effects stemming from the vicious assault. The suit alleges since the attack, Antifa “tried to force entry into his house, and stalked him in his personal life, including by attacking and stealing his phone while at a gym.”

Turn the page for more details on Antifa’s ‘Autonomous Zone’, including video.