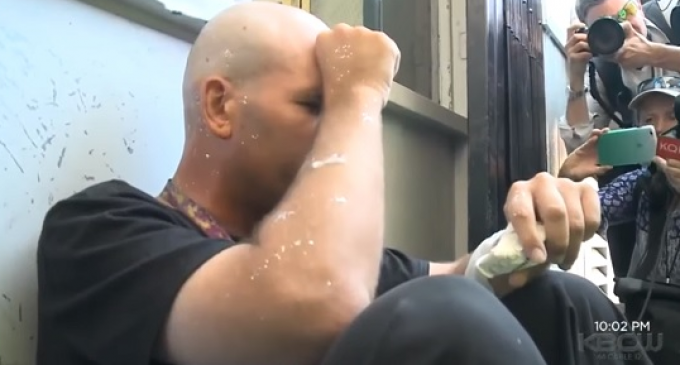 The far left, anti-speech group named Antifa gained fame after their involvement in the violent Charlottesville riots. Now, weeks later, they're living up to their less-than-stellar reputation.

Their biggest problem — of which there are many — is the way in which they advocate for their cause. Many in the media, including some Republican politicians, have attempted to defend the organization because they theoretically stand up to hate and bigotry. In practice, however, they're not standing up to racism. They're standing up to racists — and choosing to do so with violence.

This small distinction separates Antifa from good-natured anti-protesters. Antifa is more interested in starting fights against people than they are standing up to the ideology at the root of the problem.

Watch it on the next page: