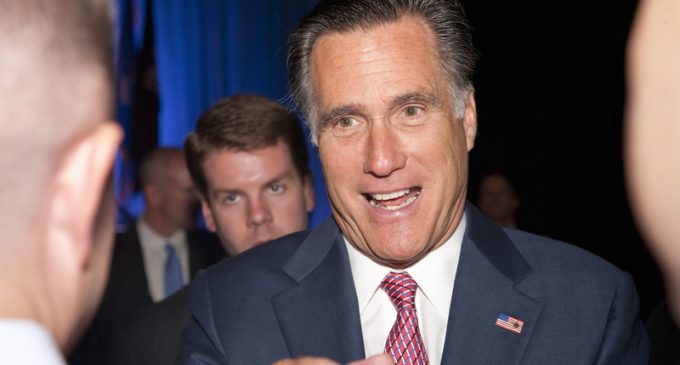 That second bit is getting him into quite a bit of trouble.

You see, condemning Antifa has been portrayed one of two ways by the media: You're either trying to defend white supremacy or you're trying to use the organization as a distraction.

For that reason, most politicians have avoided the political minefield associated with Antifa altogether.

But not Mitt Romney.

This week, Romney tweeted out a direct reference to the leftist group — but it wasn't the forceful condemnation that they deserve. Instead, it was quite the opposite.

See Romney's tweets on the next page: