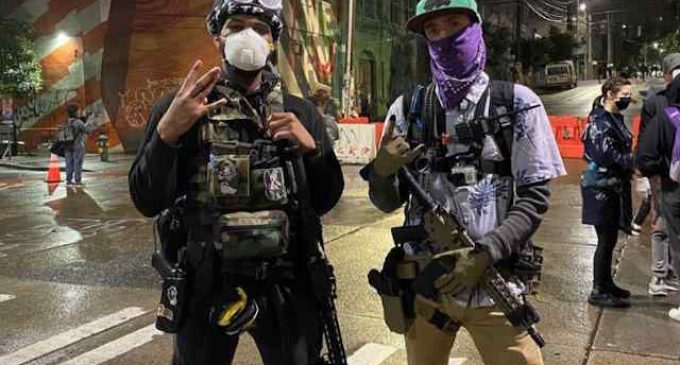 With Gov. Inslee’s feigned ignorance and acquiescence, Antifa militants set up an “autonomous zone” in six square blocks in Seattle, Washington on Tuesday. The group sought to create a police-free utopia but what they are now running into is a real-world mini-lesson in socialism.

The anarchist’s claimed region, dubbed the “Capital Hill Autonomous Zone” is patroled with armed guards and now appears to be shaking down local businesses. One day after creating their ‘utopia’, the group released a list of demands that included reparations and abolishing police departments. One thing they forgot to include in their list and now are begging for is food after the homeless had their way with the stockpile. Time to feed off the capitalists!