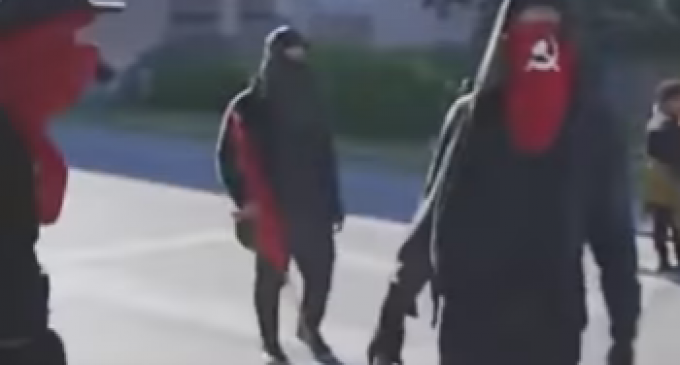 At first, it looked as if Donald Trump would begin his presidency on defense against thousands of protestors. But Trump must no longer worry about making his foes in the streets look bad. They're accomplishing that all on their own.

Immediately after the election, urban areas were flooded by anti-Trump riots. Some were organically formed while others were manufactured by leftist organizations trying to undermine Trump's forthcoming administration. Trump initially hit back against these professional protestors, tweeting, “Just had a very open and successful presidential election. Now professional protesters, incited by the media, are protesting. Very unfair!”

But Trump's attacks against these rioters didn't last long. Soon, they began destroying their own integrity without condemnation from the president-elect. Reports of vandalism and violence have already plagued the group's efforts, and now they're poised to lose even more respect.

See the vile message some anti-Trump protestors are chanting on the next page: