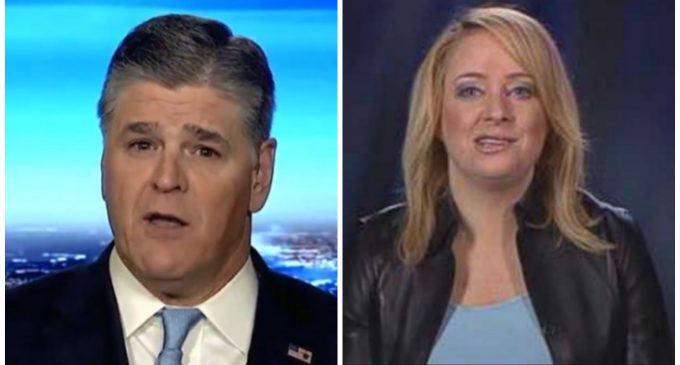 Once again allegations are being thrown around for cheap publicity and ratings by controversial B level blogger and attorney, Debbie Schlussel. Today, the target is respected Fox News anchor, Sean Hannity.

Schlussel let loose a volcanic eruption on her sexually charged interactions with Hannity during a radio segment with broadcaster Pat Campbell. Schlussel claims that she rebuffed overtures by Hannity to share a late night hotel room after both attending a session in Detroit.

Now, she is walking all of that back.

Continue reading on next page: