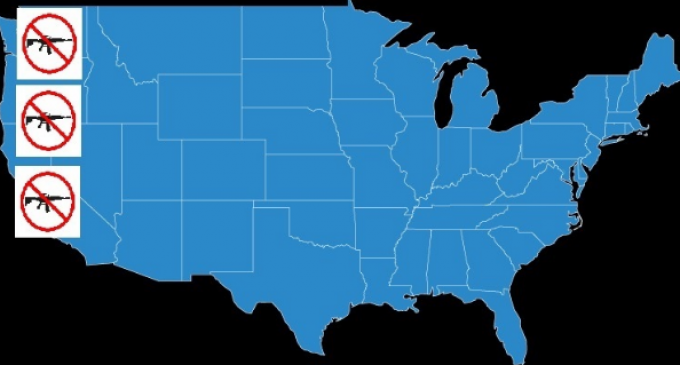 If liberal activist groups have their way, Washington and Oregon will join California in implementing some of the harshest anti-gun laws in the entire nation.

Leading the charge are Washington CeaseFire and Ceasefire Oregon, progressive organizations opposed to the Second Amendment who have attempted to advance their agenda at both state and federal levels. Some of the measures being recommended by the two groups are micro-stamped time codes linking bullets to specific firearms, magazine disconnect mechanisms to keep guns from loading bullets, loaded chamber indicators to keep track of how many bullets are still in a gun, and “smart guns” that only work with fingerprint or Radio Frequency Identification.

In addition to all these unnecessary features they would require each and every gun to have, the organizations want to ban AR-15s' and other assault rifles in the misguided belief that they will reduce death and injury resulting from firearms. Should they manage to pass even half of these measures, they will succeed in turning the region into a “West Coast Wall” of gun control.